Seven for 7: A celebration of global leadership on SDG7

NEW YORK CITY – Seven global leaders in the sustainable energy movement were honored tonight at Seven for 7 – a celebration by Sustainable Energy for All (SEforALL) and Ashden to recognize the individuals and efforts that are leading and driving action on Sustainable Development Goal 7 (SDG7), the call for universal access to affordable, reliable, sustainable and modern energy for all by 2030.

The celebration, hosted at Bloomberg LP, was held as government representatives gathered in New York City for the UN High-Level Political Forum (HLPF) on sustainable development. This year’s HLPF includes a progress review on SDG7 for the first time.

As new research released at the SEforALL Forum shows, we are currently not on track to meet global energy goals set out in SDG7. The leadership, innovation and commitment shown by these Seven for 7 honorees, however, is proof that with the passion, dedication and right opportunity, we can all go further, faster – together – to meet SDG7 on time.

The seven leaders represent government, business, and finance, as well as the community of Ashden Award winners, who are having an impact globally and in countries from Afghanistan to India and Mexico to Saint Lucia. Their success and passion are driving action and making progress across all measures of access, efficiency and renewables, offering the broader SDG7 community momentum and new ideas on how to replicate, learn from and scale up solutions.

“The leadership stories we’re hearing tonight give me hope that we can make faster progress on SDG7,” said Rachel Kyte, CEO and Special Representative to the UN Secretary-General for Sustainable Energy for All. “We are not on track to realize the global goals by 2030. Their urgency requires leadership. These stories illustrate the difference leadership can make - speeding pace of renewable energy development, accelerating energy efficiency gains and scaling access to energy increasingly with distributed renewable energy. Their leadership will mean more people get the health care they need, the air quality they must have and the chance to be productive in their one local economies. Together, we can go further, faster"

Sarah Butler-Sloss, Founder-Director of Ashden, said: “Increasing access to sustainable energy has the potential to transform billions of lives around the world. There is a huge opportunity here for investors of all types to get behind the green energy curve and support game-changing businesses models. This will require bold commitment and financial innovation on a par with this global challenge, but I firmly believe it is possible.”

Find out more from the event by following #Sevenfor7 on social media.

The Seven for 7 honorees are: 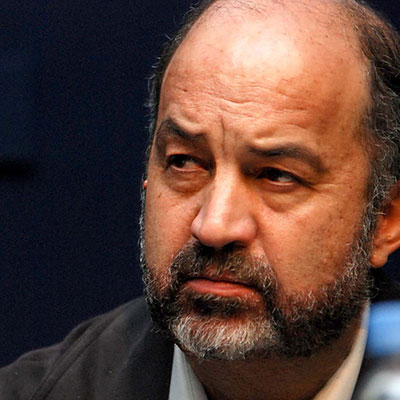 Odón de Buen, Director-General, National Commission for the Efficient Use of Energy, Mexico

As director-director general of the National Commission for the Efficient Use of Energy (CONUEE) since 2013, De Buen has shown how a country can develop an efficiency plan from concept stage, to a fully working program that is impacting all sectors of the economy. Ensuring that programs are provided affordably to marginalized populations has been an especially important priority.

De Buen has helped establish a broad ecosystem of energy efficiency standards across the economy, which have generated more than $30 billion of energy savings in the residential and industrial sectors over the past 20 years. Among de Buen’s more recent efforts is a loan program to help micro, small and medium-sized businesses replace high-energy consumption appliances, such as refrigerators and air conditioning systems, to lower their energy costs. 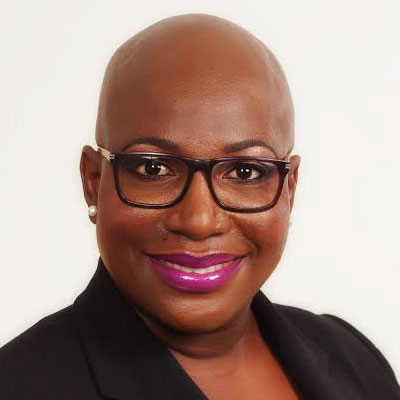 Dr. Gale Rigobert is making big waves on gender and sustainability on the small island nation of Saint Lucia. She made history by becoming the youngest and first female Leader of the Opposition in 2014. Following the success of her party in the 2016 election, she was named to her current position as Minister for Education, Innovation, Gender Relations and Sustainable Development.

Dr. Rigobert is passionate about raising a new generation of citizens who have a heightened sense of gender awareness. She is also keenly focused on the overarching goal of sustainable development and its relevance for small island states (SIDS) like Saint Lucia.

Reducing the island’s reliance on costly, high-polluting fossil fuels for electricity is a key priority. One of her first actions was to install solar panels on the Government House of Saint Lucia and last year the government signed a contract for its first solar farm. The government has a national target of generating 35 percent of its electricity from renewable sources by 2020.

DOEN has provided early-stage financing for leading solar providers such as Frontier Markets and SELCO in India and BBOXX in Africa. It has also supported SunFunder, a solar energy finance business helping to provide debt financing for solar assets in emerging economies.

DOEN has long recognized that innovative financing solutions are critical to reach investment levels that are needed to meet 2030 universal electricity access goals, under SDG7. This financing is especially critical for off- grid renewable providers working in remote rural communities where energy access gaps are most significant and electric grid expansion is unlikely anytime soon.

RE100, launched by The Climate Group in partnership with CDP, has transformed corporate renewable energy purchasing across the world.

As renewable energy costs have fallen, the number of companies committed to using 100 percent renewable power has proliferated. In just four years, RE100 has grown from three founding members – IKEA, Mars Global and SwissRe – to more than 125 companies.

RE100 members, which include many of the world’s biggest, most influential companies, have collective revenue of over $2.75 trillion and operations spanning six continents. Together they represent 159 terawatt hours of demand for renewable energy, more than enough to power Malaysia, New York State or Poland.

RE100 commitments have positive impacts far beyond their operations. In addition to creating jobs and local tax revenues, their leadership sends a clear signal to policymakers and other businesses that investing in renewables electricity makes business sense.

By partnering with both product manufacturers and distributors, Angaza is accelerating the pace of scale within the off-grid energy and asset financing sectors by allowing companies to capitalize on the benefits of PAYG cheaply and easily without having to develop it in-house. By enabling users, big and small, to access affordable, reliable power, Angaza is taking us a step closer to achieving the 2030 SDG7 goal of universal energy access for all.

Farmers in Pune in western India are able to store produce at the point of harvest, maximizing shelf-life and quality, thanks to solar-powered cold rooms from Ecozen.

Produce such as vegetables, fruits and flowers, which would otherwise need to be sold immediately, can be kept in the cold rooms, which are designed to work even in low sunlight and with thermal energy storage back up at night.

Farmers control the temperature and humidity with a smartphone app and select the best time to sell direct to retailers and at the right price. This is helping to increase farmers’ incomes and reducing the amount of fresh produce wasted due to a lack of sustainable power for refrigeration. Ecozen has installed 100 systems.

Since 2002, Pamir Energy has restored 11 small hydro power plants, upgraded 4,300 kilometers of old transmission and distribution facilities in East Tajikistan, and expanded hydroelectric capacity in bordering Afghanistan. As a result, 96 percent of households there now have reliable clean electricity, compared to just 13 percent 15 years ago.

Previously the main source of fuel for heating and cooking was firewood, leading to extensive deforestation with 70 percent of local forests lost. Now, people can heat their homes, wash and iron their clothes more easily and boil water for quickly.

It has also resulted in improved medical facilities and internet access for schools and flourishing commercial enterprises, including cafés and bakeries that are providing jobs.

Our highlights from COP27