Governments and organizations seeking to protect people from extreme heat face three major challenges. First, there is a wide and potentially lethal gap between public awareness of extreme heat risk and the real danger posed by it. Second, extreme heat is a multi-disciplinary threat that requires broad expertise in our response to it. Third, the responsibility for extreme heat response efforts is often spread across many agencies with little or no central coordination.

Since 2019, Arsht-Rock has emerged as one of the central actors tackling these challenges, alongside a diverse number of experts and partners. Arsht-Rock is working to raise awareness of the dangers of extreme heat, break down silos between government agencies and mainstream heat into local and national policy, implement heat-risk reduction and preparedness solutions, and advance tools to finance and transfer the risk of heat resilience – all with a focus on the most vulnerable populations. 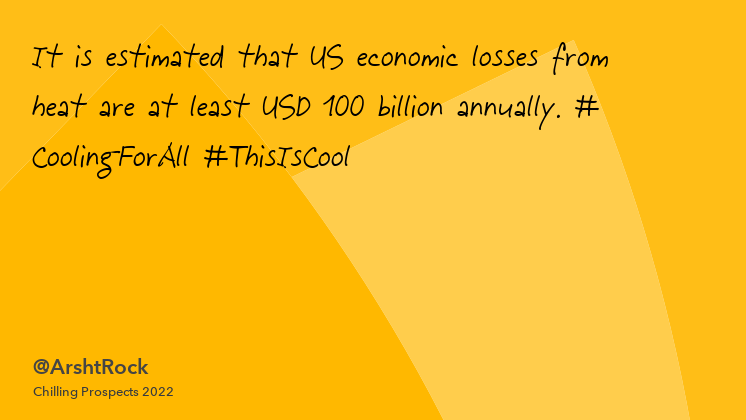 To make heat warnings easier to understand and drive more public action in advance of a heat wave, Arsht-Rock has partnered with organizations and local governments to pilot the first-ever heat warning system based on human health outcomes. This system has been paired with a heat wave categorization process and a naming classification, similar to that used for hurricanes, to allow cities and their residents to clearly understand the risks of coming heat waves and what action to take. The first-ever heat wave warning system based on human health outcomes will be piloted in Athens, Greece and Seville, Spain in summer 2022.

In addition, Arsht-Rock has developed the Heat Season framework to help mayors and local leaders communicate the dangers of hot weather and to share practical tips for protecting people during chronic heat and extreme heat events. The campaign is available in six languages and has been adopted by over 12 American, European and African cities and counties.

Finally, Arsht-Rock has begun to build a business case for action on heat. In August 2021, it released Extreme heat: The economic and social consequences for the United States with analysis conducted by Vivid Economics. The report examines US labour productivity losses, mortality, and agricultural commodity loss/pricing and food insecurity due to heat today and under future climate scenarios. The study estimates economic losses from heat to be at least USD 100 billion annually, a figure it expects to double by 2030 and quintuple by 2050. The Biden Administration later cited this analysis in its announcement of a landmark nationwide worker protection rule. Arsht-Rock is now developing similar studies of 12 international cities, to be released in June 2022.

In 2020, Arsht-Rock launched the Extreme Heat Resilience Alliance (EHRA). EHRA is comprised of global experts in policy, public health, humanitarian assistance, disaster management, implementation, climate risk and climate science, finance and insurance, and public infrastructure. It also created City Champions for Heat Action (CCHA) a core group of visionary mayors and leaders of organizations who are publicly committed to co-developing, piloting and implementing solutions to build heat resilience in partnership with Arsht-Rock and the EHRA that could then be scaled broadly.

Focusing the responsibility for heat response

Working with CCHA and EHRA members, Arsht-Rock helped create the role of a Chief Heat Officer (CHO) – a person tasked with protecting vulnerable people and communities from the many risks and impacts of heat. The centre has developed a suggested job description (a template for a local heat-health task force), secured essential and visible support from local political leaders, and provided seed funding to demonstrate the value of CHOs in Athens, Greece, Freetown, Sierra Leone and Miami-Dade County in the US, with the goal of having a CHO on each continent by the end of 2022. Arsht-Rock works closely with each CHO to support their local goals for heat resilience. The concept is now spreading organically, with the appointment of CHOs in Phoenix, Arizona and in process in Los Angeles, California, where legislation to create such a position is pending.

We will need to work urgently to build more heat-resilient communities. By 2025, governments, investors and philanthropists must be making robust investments in adaptation, with the knowledge that the world must prepare for the worst impacts of the climate crisis while trying to slow its advance. Leaders around the world, particularly those in areas that will be most affected by heat, must take action to protect their residents, with a plan in place for what to do when a heat wave strikes. A worldwide heat wave naming and categorization system should be established, along with appropriate early warning messaging at the local level. Further, evidence-based and innovative policies, along with financing and insurance solutions, should be explored and deployed, so that communities not only know when a heat wave is coming but also take appropriate action to protect themselves both physically and financially. People do not have to die from exposure to heat. We can make communities safer and more resilient to heat by making them more informed. This process has already started.