The People-Centered Accelerator aims to enhance clean energy access for the poorest people, who will not be reached by business as usual approaches; by unlocking finance from private and public sources, strengthening collaboration and connections between stakeholders in the energy, gender and social justice sectors and increasing women's full participation in sustainable energy solutions.

This side event will take place after the official launch of the People-Centered Accelerator on Gender Day at COP 23 (November 14th). It will take a deeper dive into the work that is already happening to advance the goals of the Accelerator to show that together we can go further, faster.

Find out more about the People-Centered Accelerator here. Not going to COP? We’ll be streaming the event live from our Facebook page. 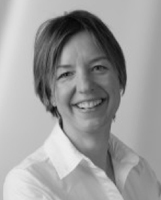 Dr. Tara Shine currently works as special advisor to the Mary Robinson Foundation – Climate Justice, having previously been awarded an EPA research fellowship as part of the Climate Change Research Programme. This research looked at policy related to adapting to climate change in Ireland and internationally with a focus on informing emerging policy in this field and ensuring policy coherence.

She has worked as a technical adviser on environment, development and climate change issues for more than 14 years. She holds a BSc in Environmental Science and a PhD in Geography from the University of Ulster. Much of her work has been carried out in developing countries resulting in an acute understanding of the issues and challenges faced by governments, research organisations and the non-governmental sectors in combating poverty, environmental degradation and climate change.

Tara has been actively involved in the climate change negotiations since 2003 as a member of the Irish, Dutch and Luxembourg delegations and as an EU negotiator on issues including capacity building, adaptation and finance. She is also a former member of the UNFCCC Consultative Group of Experts, the EU Expert Group on Adaptation and the Irish Impacts and Adaptation Steering Group. 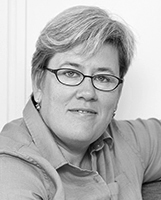 A leading advocate for sustainable development, Ms. Kyte is focused on affordable, reliable and sustainable energy as the key to combating both poverty and climate change. As Special Representative for the Secretary General she is the point person in the UN for action towards the recently agreed global goal on sustainable energy. Ms. Kyte served until December 2015 as World Bank Group Vice President and Special Envoy for Climate Change, leading the Bank Group’s efforts to campaign for an ambitious agreement at the 21st Convention of the Parties of the UNFCCC (COP 21). She was previously World Bank Vice President for Sustainable Development and was the International Finance Corporation Vice President for Business Advisory Services. Recipient of numerous awards for women’s leadership, climate action and sustainable development, she is a Professor of practice in sustainable development at Tuft’s Fletcher School of Law and Diplomacy. 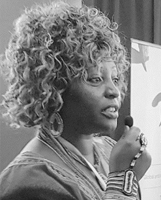 Agnes Leina, is the Executive Director and founder of Il’laramatak Community Concerns, and a pastoralist from Baragoi, Samburu County, in Northern Kenya. Agnes founded ICC in September 2011, with the aim of addressing human rights and development concerns of Maasai pastoralist women and girls. She has worked for the past eight years as a women human rights activist, fighting all forms of discrimination against women. This work has led her to focus on the challenges and problems that climate change has caused for indigenous people in Africa. She is a strong advocate for the inclusion of indigenous peoples in policy making on climate change. She believes rural women are hugely knowledgeable about climate change – but that expertise isn’t making it into the negotiations. In this photo Agnes is participating in a learning circle organised by the Foundation at Development and Climate Days in Marrakech in November 2016. 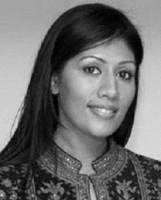 Ajaita is the Founder/CEO of Frontier Markets, a social business that has built access to over 200,000 clean energy solutions in rural India with a focus on market building, customer-centric design thinking, and building a network of 3000 farmers and 1000 rural women entrepreneurs. Ajaita has 11 years of work in microfinance and clean energy distribution. She has been a Clinton Service Corp, Echoing Green, and Cordes Fellow. Has been awarded many accolades including Forbes, Business Week, CNBC, and Microfinance’s 30 under 30 Social Entrepreneur and Women Entrepreneur of the Year. She has also won awards through Nasscom, National Women’s Enclaves, Loreal Women of Worth. She actively speaks at national and international forum including TEDx, US Green Business Council, Universities, and global forums. Ajaita serves on the board of Frontier Innovations Foundation, a non-profit focused on last-mile distribution support for clean energy companies globally. She is also an advisor to the NGO, RISE, Rural Innovations for Social Enterprise promoting women enterprise, financial inclusion, and energy access in India. Ajaita Shah holds her B.A. in International Relations from Tufts University. 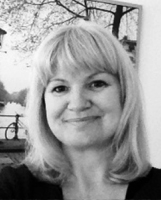 Fleur Newman is a climate change and sustainable development lawyer who works for the UN climate change secretariat, supporting Parties to achieve their goal of gender-responsive climate policy and action under the UN Framework Convention on Climate Change (UNFCCC). Prior to the UN, for nearly a decade Fleur practiced law in the areas of sustainability, climate change, energy and international law. Throughout her career Fleur has advocated for gender equality and women’s and girl’s empowerment. She is currently the secretariat’s Gender Focal Point. Fleur holds a LLB and Bachelor of Science in Sustainable Development, is currently completing a LLM in International Law and has extensive training in the areas of gender equality, diversity and inclusion. 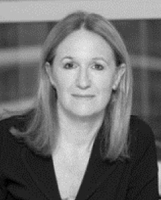 INGRID-GABRIELA HOVEN, Director-General of the Department for Global issues – sector policies and programmes of the German Federal Ministry for Economic Cooperation and Development (BMZ)

Ms Ingrid-Gabriela Hoven has been working at the BMZ in various positions since 1986, most recently as Special Envoy for Climate and Development. From 2010 to 2104, Ms Hoven served as Executive Director to the World Bank Group, representing Germany. After graduating in Economics and Political Science from Justus-Liebig-University Giessen and University Paris IX/Dauphine, Ms Hoven conducted a research study on ‘Factors for Success in Non-Traditional Exports from Colombia’ during her postgraduate studies at the German Development Institute (GDI). In 1986, Ms Hoven joined the Federal Ministry for Economic Cooperation and Development (BMZ) in the field of bilateral cooperation with southern Africa. After four years in this position, she became an Advisor to the Planning Secretariat and the Finance Ministry in Guatemala at Deutsche Gesellschaft für Technische Zusammenarbeit (GTZ) GmbH. In 1995, Ms Hoven returned to the BMZ and held several positions at the ministry, including as Head of the BMZ Environment Division and as Director-General, responsible for bilateral development policy and cooperation, United Nations development programmes, crisis prevention and peace building, human rights and good governance, and bilateral cooperation with Asia and Latin America.Ms. Hoven was a member of the board of GAVI, the Vaccine Alliance. She served as a Co-chair of the Global Facility for Disaster Reduction and Recovery and was a board member of the Green Climate Fund and the Global Environment Facility. 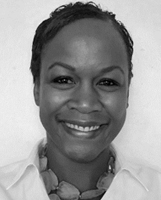 Dr. Linda Davis serves as the Director of Partnerships at wPOWER Hub, where she directs efforts to build a global partnership promoting the central role that women must play in leading the adoption of clean cooking and lighting technologies to address both energy poverty and climate change. She was the former advisor to SmartCook Energy, a start-up company focused on introducing ethanol as a cooking fuel to Sub-Saharan Africa. She has held senior level positions in San Diego CA in the renewable energy and biosciences sector. Dr. Davis earned her undergraduate degree in Food Science and Technology at Jomo Kenyatta University of Agriculture and Technology in Kenya. She completed her PhD in Microbiology and Biotechnology at the University of Western Sydney. Dr. Davis also holds certificates in Petroleum Refining, Project Management, Finance and Accounting (Stanford University) and Designing Renewable Energy Systems (University of Nairobi). 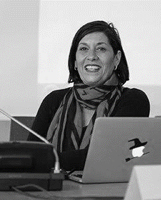 Lorena Aguilar is the longtime Global Senior Gender Advisor and head of the Global Gender Office. Recently she has been appointed as the Global Director of the Governance and Rights Programme of the International Union for Conservation of Nature (IUCN). With more than thirty years of experience in projects and initiatives at all levels involving public policy development, building local institutions and the incorporation of social and gender issues into sustainable development efforts. Lorena provides assistance to international organizations, governments and universities on gender policy, gender equality and women's empowerment, as well as on water, forests, environmental health and disaster risk reduction. Among her core achievements is her unique methodology for integrating gender equality concerns to improve environmental projects, programs and institutions. She developed strategies and action plans for mainstreaming gender in the United Nations Environmental Programme (UNEP), United Nations International Strategy for Disaster Reduction (UNISDR), Convention on Biological Diversity (CBD) and the United Nations Convention to Combat Desertification (UNCCD). Lorena has most recently supported 25 governments to integrate gender considerations throughout climate change decision making and planning—Climate Change Gender Action Plans (ccGAPs). She has created and/or is part of some of the most influential international gender networks; e.g. the Network of Women Ministers and Leaders of the Environment and the Global Gender and Climate Alliance. Authored over seventy publications, including thirty books, on gender, development, disaster risk, climate change, water, health and environment. 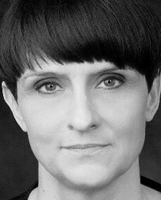 Ragna Árnadóttir joined Landsvirkjun, Renewable Energy Company, in 2010. First as Executive Vice President and from 2012 as Deputy CEO of Landsvirkjun. Her previous positions include serving as the Minister of Justice from 2009-2010. She was the Director of Legal Affairs in the Ministry of Justice (2002-2008). Ragna held the position Senior Adviser for the Nordic Council´s Secretariat, Stockholm/Copenhagen (1995 – 1999) and worked as a legal expert for the Parliament of Iceland (1991-1995). Ragna is currently the chairman of the Icelandic Growth Forum. She holds a Master of European Affairs LL.M from the University of Lund in Sweden (2000) and completed her Cand. Jur law degree from the University of Iceland (1991). 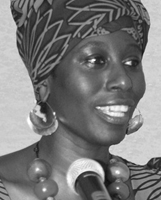 ENERGIA, founded in 1996, is an international network of organizations and professionals active in 22 countries in Asia and Africa addressing gender and energy issues. Ms. Oparaocha joined ENERGIA in 1999 and currently oversees a programme on Women’s Economic Empowerment, a research programme, and an advocacy and policy influencing programme. Ms. Oparaocha holds a BSc degree in Veterinary Medicine from University of Zambia and an MSc degree in Gender and Rural Development Studies from the Asian Institute of Technology in Bangkok. 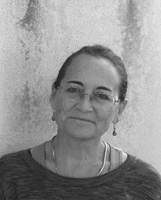 Susan Gibbs is a philanthropic advisor to the Wallace Global Fund, where she manages a grantmaking portfolio on women’s rights and empowerment. Prior to launching her consulting practice, she held program positions at The Summit Charitable Foundation, the Pew Global Stewardship Initiative, and the Pew Charitable Trusts. She has also advised the David and Lucille Packard Foundation, the John D. and Catherine T. MacArthur Foundation, and the Garfield Foundation. Earlier in her career, she worked on global development and humanitarian relief issues in Switzerland, Pakistan, India, and Egypt. She currently serves as the executive director of the SS United States Conservancy, a maritime preservation organization dedicated to saving “America’s Flagship,” the SS United States. She holds a Master’s degree in International Affairs from Columbia University's School of International and Public Affairs and a Bachelor's degree magna cum laude from Brown University.