Held in sprawling white-domed meeting areas along the Rhine River, COP23’s primary purpose was to advance progress for a successful, inclusive and ambitious implementation of the Paris Agreement, the historic global accord that calls for slowing greenhouse gas emissions to limit climate warming to below 2 degrees Celsius.

Among the key issues that emerged during two weeks of discussion on transforming the accord’s bold ambition into reality: phasing out coal and fossil fuels; giving sub-national actors, such as businesses and states, a bigger role; elevating women’s participation and leaving no one behind in the global clean energy transition.

A Paris Agreement for all

Women’s empowerment and social inclusion got deservedly more attention on the global stage for tackling climate change and achieving sustainable energy access for all, most noticeably through the Gender Action Plan agreed for the first time during a COP. Leaving no one behind – whether ‘last mile’ populations living in energy poverty or coal-centered regions threatened by a low-carbon future – also gained more traction.

“Part of the ambition of the Paris Agreement was to ‘leave no one behind.’ To keep this promise, we need to think differently about how we deliver affordable, reliable and modern energy services to those who are most marginalized,” said Rachel Kyte, Special Representative to the UN Secretary-General and CEO, Sustainable Energy for All, in announcing a new People-Centered Accelerator initiative at COP23 that aims to accelerate women’s involvement sustainable energy and energy access efforts across the world. 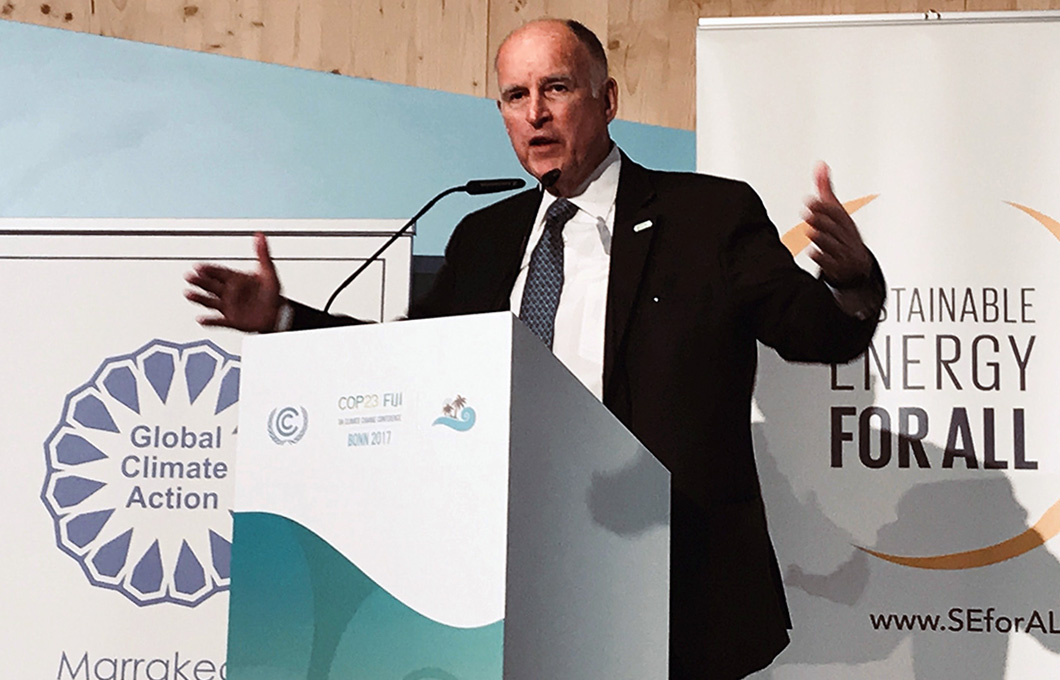 Yet, the big-picture COP challenges remain as colossal as ever, a point made clear by a new report showing that, after three consecutive years of flat emissions, global CO2 pollution levels are rising again in 2017, with China and its ramped-up coal use being a big reason why.

Curbing the world’s reliance on coal and other fossil fuels continues to be a big litmus test, and COP23 made clear there are disagreements on how quickly that shift will happen. One of the major announcements during COP23 was the formation of the Powering Past Coal Alliance, a coalition of 20 countries and 15 states committed to phasing out coal power. Participating countries include Canada, the UK, Mexico and Angola, yet big emitters like Germany, China, India and the United States have not yet added their names to the list.

Another important marker in the shift away from fossil fuels was Norway’s $1 trillion wealth fund proposing last week to drop oil and gas companies from its benchmark index.

Nineteen member countries of the “Biofuture Platform,” including Brazil, China, Egypt, France, India, Morocco and Mozambique, announced a formal agreement to develop targets for biofuels and a plan to achieve those targets. “Sustainable biofuels can provide solutions to the energy transport nexus. This partnership offers us that chance,” Kyte said.

The highest profile moment of COP23’s first week was a major contingent of US companies, governors, mayors and other national leaders meeting at the US Pavilion for an all-day “We Are Still In” rally in support of the Paris accord. California Governor Jerry Brown and former New York City Mayor Michael Bloomberg announced “America’s Pledge,” an initiative to compile and quantify actions of states, cities and businesses to drive down emissions consistent with the Paris goals. Two days later, the formal U.S delegation representing the Trump administration held a discussion on the merits of embracing coal and other fossil fuels to lift emerging economies out of energy poverty, including countries where electricity does not exist for many people.

Like many, Kyte took strong exception to such claims and offered a quicker, less-costly solution for providing electricity to under-served populations: decentralized renewable energy. “It’s positively possible to bring (renewable energy) solutions to these communities more quickly,” she said. “Adding more coal (power) to centralized electric grids is not a solution.”

Kyte’s remarks came as SEforALL was announcing a first-of-its-kind report highlighting the benefits that countries can expect by providing renewable-based power, such as solar, more quickly to under-served populations. The new Why Wait? Seizing the Energy Access Dividend report uses Bangladesh, Ethiopia and Kenya as examples to showcase how households would save money, improve study times and reduce pollution by using solar power, instead of kerosene, as their primary energy source. The report was produced in partnership with Power for All and the Overseas Development Institute – with generous support from the Wallace Global Fund. 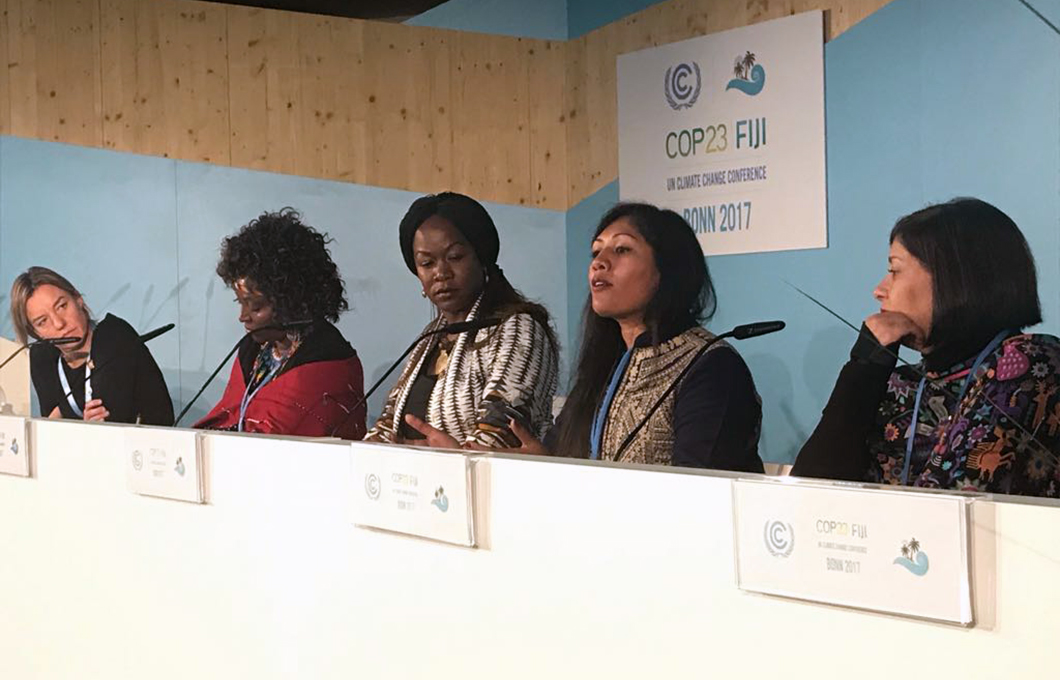 Other key SEforALL activity and announcements during a busy two weeks in Germany included:

An Accelerator side event, featuring a dozen women leaders in sustainable energy efforts around the world, attracted a packed audience.